By any standard, the new Socialist President of France Francois Hollande has done extraordinarily well. In addition to his recent presidential win over Nicolas Sarkozy, the socialists have now won an absolute majority in parliamentary elections.

Good as Hollande’s victory is it also demonstrates a simple fact: that boring leaders are often the best.

Hollande is undoubtedly something of a charisma vacuum. Yet he beat Sarkozy – undeniably a more colourful figure and with a glamorous wife – simply because Sarkozy had proven to be a bad president and Hollande looked to be a good one. Le Pen, meanwhile, lost her seat, not because she was boring (she wasn’t) but because she was a right wing nutcase. 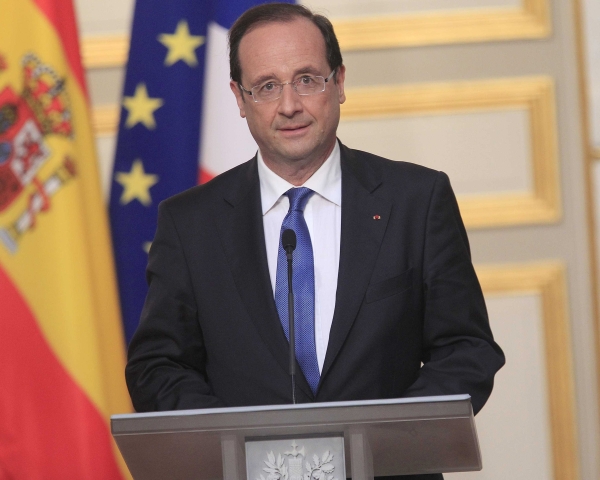 It’s a shame this doesn’t happen more often. De Gaulle, Churchill, Thatcher, Franco, Nixon, Berlusconi. Undoubtedly these are names that make their mark in history. But are they really always the best leaders? Think of the most memorable and exciting leaders of the 20th century, Hitler, Mussolini, Mao and you get my point.

Margaret Thatcher, for example, was undoubtedly the least dull Prime Minister Britain has had since the Second World War. Perhaps ever, in fact. Almost every other British Prime Minister looks like a grey old man in comparison. Indeed, this isn’t entirely a false impression.

Yet Thatcher’s rhetoric and strong leadership led to disaster for Britain. A fifth of the nation’s industrial base was destroyed forever in her first few years. Unemployment levels over three million – unthinkable for many decades – became for a while, the norm. Public services suffered. Homelessness and crime levels soared. Rupert Murdoch was given unprecedented power. Britain has not entirely recovered even now.

“Love her or hate her, at least you knew where you were with Maggie.” This is a common defence of the Thatcher era. In fact, far less damage would have been done if we hadn’t known where we were with her and she had been plodding, indecisive and weak. Strength of purpose is often highly overrated as a leadership quality.

Compare Thatcher to Britain’s first post-war Prime Minister, Clement Attlee. Like Hollande, he was dull as dishwater. “A sheep in sheep’s clothing,” his opponent Winston Churchill memorably dismissed him as. “An empty car pulled up to Downing Street … and Clement Attlee got out”. Attlee didn’t respond with anything witty or memorable at all. Why? Because Churchill was right. He genuinely was quite boring and probably couldn’t think of anything good to say.

Similarly, between Lloyd George at the end of the First World War and Churchill at the start of the Second, Britain consistently chose dull grey men to lead them. Compared to the more exciting choices made by Germany and Italy during the same period, they did well.

I should add a few essential qualifications to my argument, however.

1.       It’s not always obvious who the least exciting candidate is: President Obama is a charismatic but to date somewhat disappointing leader. Mitt Romney is a Mormon and also seems to be an idiot. Clearly Obama is the best choice. But I would argue both are interesting candidates.  My theory clearly is of no use when both neither candidate is especially dull. The 1960 Kennedy vs. Nixon race also featured two equally intriguing candidates.

2.       Dull candidates often don’t win: Al Gore and John Kerry would undoubtedly both have made better presidents than George W. Bush. Neither won (or at least Senator Kerry didn’t) largely on grounds of dullness. In retrospect, it might have been better had the more interesting Hillary Clinton ran and been nominated to fight Bush. Don’t forget the Attlee example above occurred before the TV age.

3.       Errr… boring leaders ARE NOT always best. At the risk of wrecking this whole piece, Churchill, Blair and Kennedy were all exciting and good while John Major, Gordon Brown and George HW Bush were all boring and…well, a bit rubbish.

But here is my point: when voting, try not to be swayed by charisma and charm. These qualities are not enough in themselves to ensure good leadership. Obviously, if the opponent is boring they won’t necessarily be a good leader either. But try not to be put off. Look beyond their dullness and try to see if like Hollande or Attlee, they have what it takes to lead.