(Actually, more of a poem than a song…) 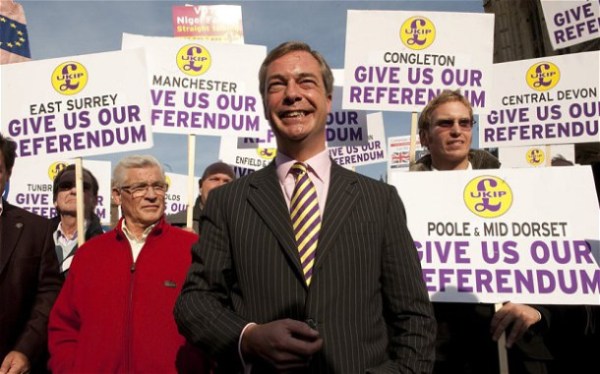 It’s time to take a stand and fight,

Maggie would back us (were she not dead,)

Listen to the Mail, Telegraph and Express,

Say no to EU bureaucracy and excess!

Are you racist to a small degree?

We’re less scary than the BNP!

If the PC liberals had their way,

Everyone in the world would be gay.

The EU is far too large.

Vote for an Englishman named Farage.

Join the UKIP throng as we march today,

Towards a glorious yesterday!

The rest of us on Planet Earth,

Should cheer on UKIP for all our worth,

For Farage and his doltish…