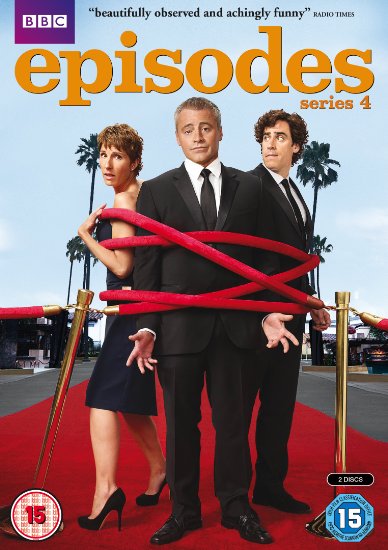 Following their hellish experience adapting their own successful British sitcom into “Pucks” (a US remake, wrecked by producer interference) British husband and wife comedy writing team Bev and Sean (Greig and Mangan) find themselves back in Hollywood.  With Sean, at any rate, lured back by the prospect of cash, the duo escape the extramarital shenanigans that characterised the first three series of Episodes but otherwise find themselves enduring the same Hollywood nightmare. Again. And again. And again.

Pucks star Matt LeBlanc (playing an unflattering version of himself) finds himself facing multiple dilemmas after losing half of his multimillion fortune. Should he sell his private plane, remarry his ex to cut down on his alimony payments or agree to do a terrible new quiz show “Beat The Box” with his hated ex-boss Merc Lapidus (Pankow, great)? Or would recording a sex tape with one of his co-stars or attending the birthday party of a malevolent but wealthy foreign dictator offer a solution? Carol (Perkins), meanwhile, finds herself sleeping with her boss again, while Bev and Sean find themselves at the heart of a bidding war over their new script The Opposite Of Us.

Like the show within the show Pucks, some may be surprised that Episodes has made it to four series (indeed, a fifth, somewhat incredibly, is already on the way). It has its strong points: Matt LeBlanc is generally a hoot and there’s a good chemistry between Greig and Kathleen Rose Perkins, the latter’s character Carol somehow providing a link between the insincere corporate world represented by Merc and new boss Helen Basch (Andrea Savage) and the more human world of Sean and Bev.

But generally this is increasingly tired stuff. Episodes peaked during its second series. Now a whole scene is based around the fact that Bev and Sean inadvertently choose to wear similar shirts one morning. Ha ha. “A brilliant, laugh-out-loud comedy…and a hilarious romantic comedy” this is not. There is no genuine romance at all and little hilarity.

In fairness, it’s never actually terrible either and occasionally is still quite amusing. But Episodes has clearly had its day.  Presumably the fact that it is returning for a fifth series owes itself to the fact that it has been far better received in the US than it has in the UK. 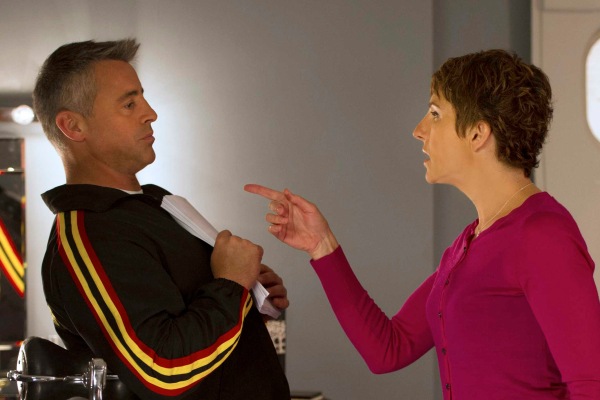