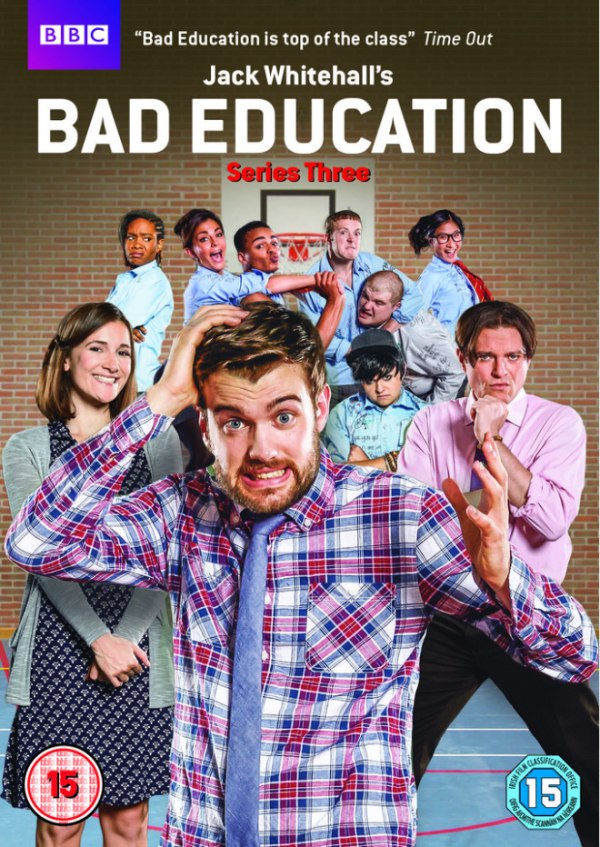 Bad Education is currently following the likes of Alan Partridge, The Inbetweeners and (ahem) On The Buses in moving from the small to the big screen. What better time then, than to revisit the final series of Jack Whitehall’s school-based sitcom first broadcast on the now doomed BBC Three in 2014?

Little has changed at Abbey Grove as the incompetent History teacher Alfie Wickers (Whitehall) embarks on a new term. Eccentric head teacher and self proclaimed “succeed-o-phile” Fraser (Horne) is now sporting a Peter Andre style haircut, there’s a new sassy kid in class (Cleo played by Weruche Opia) but Alfie is still pining for Miss Gulliver (Solemani) as before. However, his embarrassingly sex-obsessed father (Enfield) ha s now been rather improbably appointed deputy headmaster, much to Alfie’s horror…