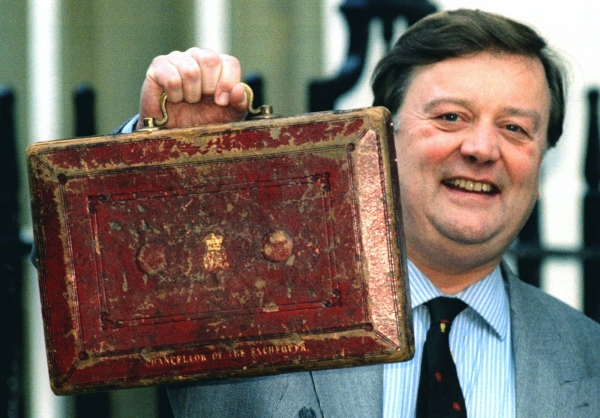 Ken Clarke sits today on the backbenches. He is seventy six years old and since the death of Gerald Kaufman last month is the Father of the House, having served as MP for Rushcliffe since entering the House of Commons as one of Edward Heath’s new intake of fresh  young Tories in June 1970. He can look back on almost a half century in parliament, one of only four men alive to have held two of the four great offices of state: he has been Home Secretary and Chancellor of the Exchequer. The other three men are Douglas Hurd, Gordon Brown and John Major.

But unlike the last two, Clarke was never Prime Minister. We all must wonder what might have been, as he surely does. 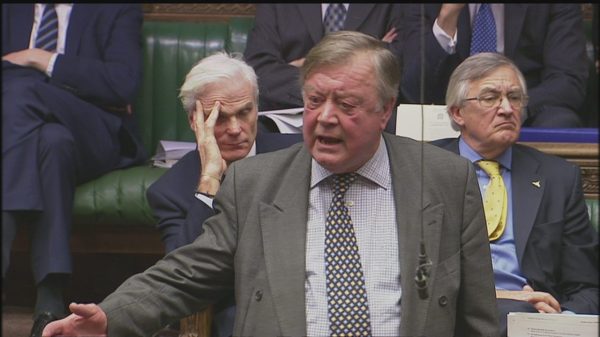 However, in many ways it’s hard to see how this could have happened. In other ways, it seems bizarre that it didn’t. Look at a list of recent Conservative leaders.The names that are there (Major, Hague, Duncan Smith, Howard) are almost as surprising as those who are not (Heseltine, Portillo, Clarke himself).

Although he is defensive about it in this readable autobiography, Clarke did not excel as either Secretary of State of Health or Education during the later Thatcher, early Major years. But neither of these were ever strong areas for the 1979-90 Tory government, or indeed any Tory government. Clarke was never truly a Thatcherite. But when Clarke became Home Secretary after the 1992 April election and then Chancellor following Norman Lamont’s unceremonious departure in 1993, speculation mounted that the troubled Prime Minister John Major might have unwittingly appointed his own future successor to the Number Two job as Sir Anthony Eden and Harold Wilson (and indeed Thatcher) had before him.

Although inclined to gaffes before and since, Ken (previously “Kenneth”) Clarke, known for his Hush Puppies, cigars and occasional pints of lager was a surprisingly competent Chancellor overseeing the UK’s recovery from the early Nineties recession. “Go home,” he once bellowed at an under-prepared Robert Maclennan of the SDP in the Commons, “lie down in a dark room and keep taking the pills.” He was popular, well known and a big hitter. But like another clubbable former Tory Chancellor Reggie Maudling, he never got the top job.

The reason was simple: Europe. Clarke was and is a keen supporter of the EU. With so many of John Major’s problems caused by his signing of the Maastricht Treaty, the increasingly Eurosceptic Tories were never likely to replace Major with him.

In 1997, following the colossal May 1st defeat, Clarke’s path to leadership should have been clear. His main rivals Michaels Portillo and Heseltine were out of the race, Portillo having famously lost his Enfield seat, while Tarzan apparently had heart issues. Clarke was far more popular and well known than his main rival, the thirty six year old, much less experienced former Welsh secretary William Hague. Polls indicated that if party members had had a vote, Clarke would have won easily. But the increasingly eccentric parliamentary party was happy to take the increasingly elderly Lady Thatcher’s advice. “Hague! Have you got that? H-A-G-U-E,” the Baroness spelt out to reporters, having just privately been told of the correct spelling herself.

The result? Another massive defeat in 2001. This time, party members too followed the increasingly frail Thatcher’s endorsement again choosing Iain Duncan Smith over Clarke. It was clearly an absurd decision from the outset. IDS was ditched in favour of an unelected Micheal Howard in 2003. Following the third consecutive Tory General Election defeat in 2005, Clarke, now ageing himself and harmed by his business dealings with Big Tobacco lost his third leadership bid to amongst others, a youthful David Cameron. A rare survivor of the Major era, Clarke served as Justice Secretary under the Coalition. In recent years, he has become increasingly gaffe prone. His wife Gillian died in 2015.

Although it is unlikely Ken Clarke could have overturned the massive Labour majorities won by Blair in 1997 and 2001, had he become leader instead of the pro-war Duncan Smith, it seems likely a Clarke led Tory Party would have opposed the Iraq War, voted with Labour rebels to prevent UK involvement and forced Blair’s resignation. It was not to be. IDS’s Tories misjudged the situation and slavishly backed the war.

As Clarke himself reflects in this readable but unsurprising autobiography, his long parliamentary career has almost exactly coincided with the period of British membership of what used to be called the Common Market.

Ken Clarke is undoubtedly one of the better more decent breed of Tories, a far better man than the Boris Johnsons, Michael Goves, Stewart Jacksons, Jeremy Hunts and George Osbornes of this world. Politically incorrect though he is, one suspects he is liked far more by many of those outside his own party than he is by many of those within it.