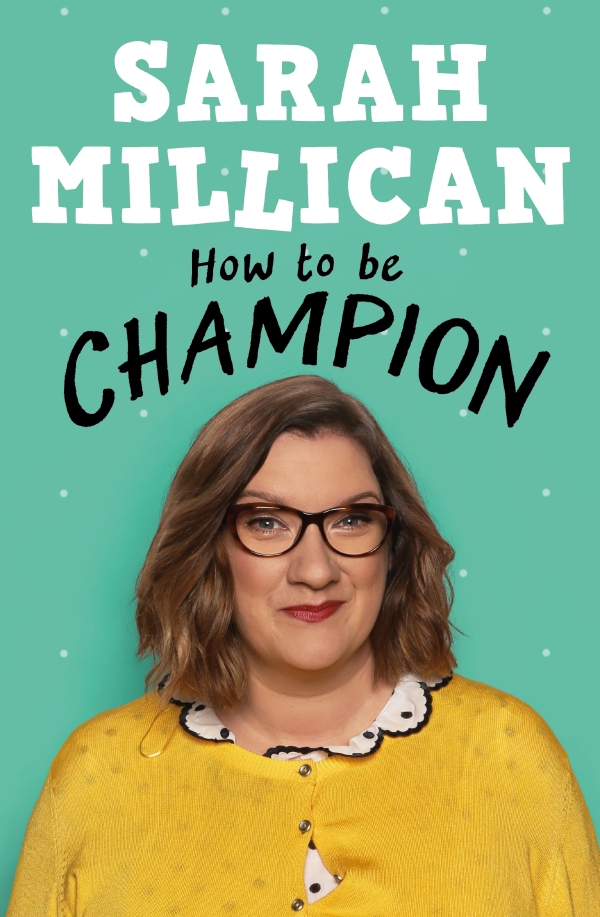 Book review: How To Be Champion by Sarah Millican: My Autobiography. Published by: Trapeze.

There is undoubtedly something very likeable about Sarah Millican. As with Jimmy Carr, she is blessed with an uncanny ability to switch from being sweet one moment to filthy the next. This tendency is certainly deployed to good effect in this autobiography.

On the other hand, despite being probably the most successful female stand-up in the UK, she retains a down to earth ordinary quality which Carr and most other comedians lack. Millican would doubtless be embarrassed by the comparison, but it is something she has in common with the late Victoria Wood.

It is undoubtedly a result of her background. In her early forties now, South Shields born Millican lived a relatively normal university-free existence for years, only turning to stand-up comedy as a means of coping with the collapse of her first marriage in her late twenties. Success came fairly quickly and she won the Edinburgh Best Newcomer award in 2008 beating off competition from the likes of Jon Richardson, Micky Flanagan and Zoe Lyons. Since her the success of her 2012 BBC TV series, The Sarah Millican Television Programme she has been unstoppable. She is now married to comic Gary Delaney (a regular on Mock The Week).

This is a funny, occasionally moving book perhaps slightly let down by its adoption of the overused self-help book format, a technique currently deployed seemingly by every comedy autobiography under the sun. Millican is very open about her difficulties with the harsher side of fame, refreshingly honest about her total lack of desire to ever have children and is clearly achingly vulnerable to the slings and arrows of often misogynistic abuse frequently directed at her by critics on Twitter and elsewhere. She quotes a breathtakingly rude Telegraph review of her 2013 Who Do You Think You Are? appearance by Christopher Howse (who she doesn’t name although I am happy to) in full. Referring to her “piping Geordie voice and dumpy frame,” it is less a piece of journalism, than a sustained and wholly unwarranted personal attack. Howse should be utterly ashamed of himself.

However, this is generally a light, enjoyable read from one of Britain’s comedy national treasures.

3 thoughts on “Book review: How To Be Champion by Sarah Millican”