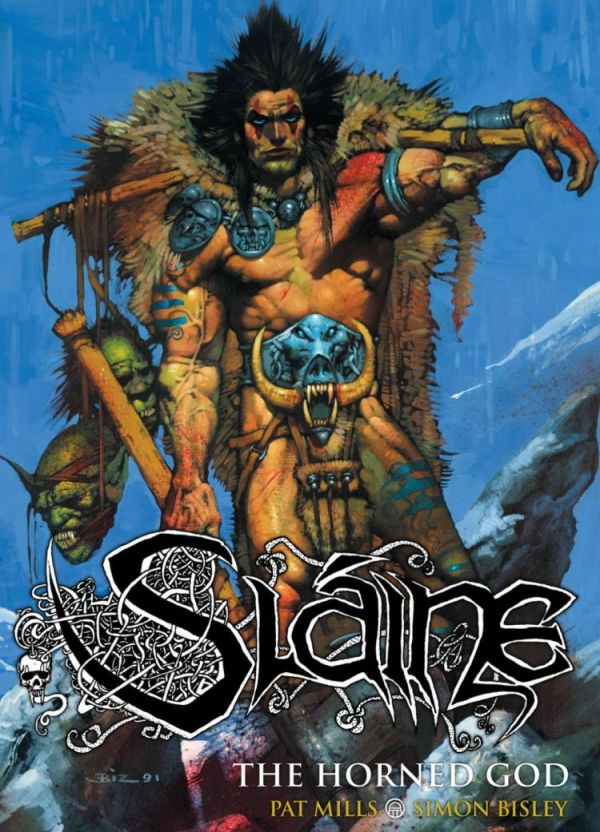 The 1990s begin! It will prove to be a tough decade for the Galaxy’s Greatest Comic and British comics generally…

January: (Prog 660): The identity of The Dead Man is revealed!

(Prog 688): Dredd returns. He has been physically absent from the comic for twenty progs (the longest period ever) even though the Judge Dredd strip (now embroiled in the Necropolis saga) has continued.

Annuals: The 14th 2000AD annual and 11th Judge Dredd annual are published. Dredd annual features the story, Top Dog (Wagner/MacNeil) in which Dredd first encounters Strontium Dog, Johnny Alpha. Rogue Trooper appears in his one and only annual. Aside from Judge Dredd and Dan Dare, he is the only 2000AD character to ever get his own annual.

These are the last hardback 2000AD annuals to ever appear. The 2000AD and Dredd annuals revert to a softcover ‘Yearbook’ format for the four years dated 1992 to 1995. After that, they disappear completely.

Whizzer and Chips (est: 1969) merges into Buster. The Beezer and Topper join forces. The Beano’s Dennis the Menace and Viz’s Billy the Fish both get their own first ever cartoon TV series.

July: A big cinema month in the UK: Back to the Future Part III and Total Recall are big hits. Gremlins 2: The New Batch and Dick Tracy less so.

Revolver, a mature alternative monthly comic first appears. Highlights include Dare, a dark adult spin on the Dan Dare legend by Grant Morrison and Rian Hughes and Rogan Gosh by Peter Milligan and Brendan McCarthy. Revolver folds in January 1991 with some of its stories finishing off in Crisis.

September: Star Trek: The Next Generation arrives on BBC Two. In the US, (where the show has been on since 1987), the acclaimed Best of Both Worlds episodes in which Picard is captured by the Borg air.

Judge Dredd The Megazine is launched. It is by far the most successful 2000AD spin-off ever and continues to this day. Early highlights include all-time classic, America (Wagner/MacNeil), the darkly humorous origins story, Young Death (Wagner/Peter Doherty) and Al’s Baby (Wagner/Ezquerra).

Chris Hallam is a freelance writer. Originally from Peterborough, he now lives in Exeter with his wife. He writes for a number of magazines and websites including The Companion, Yours Retro, Best of British and Comic Scene – in which he wrote about Judge Death, The Ballad of Halo Jones, Dan Dare, The Eagle, Metalzoic and Alan Moore’s Watchmen. In the past, he wrote for Metro.co.uk, Radio Times, DVD Monthly and Geeky Monkey. He co-wrote the book, Secret Exeter (with Tim Isaac) and A-Z of Exeter – People, Places, History. He also provided all the written content for the 2014 annuals for The Smurfs, Furbys and Star Wars Clone Wars as well as for sections of the 2014 South Park annual and all the 2015 Transformers annual.